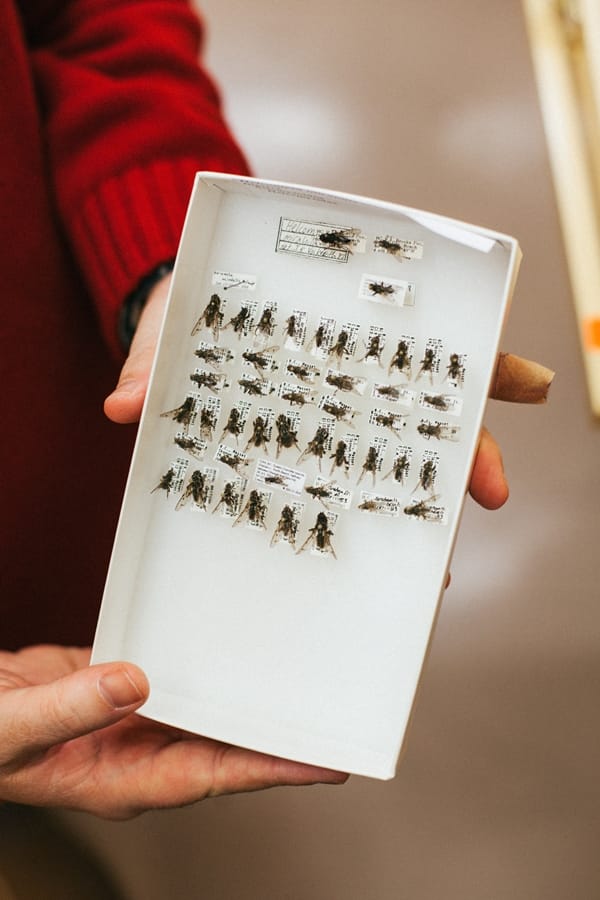 In 1979, the Biological Survey of Canada (Terrestrial Arthropods) published "Canada and its Insect Fauna", a detailed summary of the knowledge at that time. Nearly 40 years later, the Survey, with a new generation of entomologists, decided to revisit the chapters on all the main groups of insects, spiders, and other terrestrial arthropods. Present-day experts have updated the information using data from many North American Entomological collections, including the Royal BC Museum. In addition to supplying valuable specimen data about insects and spiders in our collection, the Royal BC Museum supplied the expertise of its staff and research associates to author or co-author various chapters in the series. The 32 articles in the “Biota of Canada” series are available for free download through the academic journal Zookeys. Of these, eight articles were authored or co-authored by Royal BC Museum staff and research associates.

Overall, the series mentions the 44,100 described species of terrestrial arthropods that are known from Canada. Estimates of species numbers and ranges across Canada are provided for each arthropod family. There are estimated to be an additional 27,000-42,000 species that have not yet been described or recorded. This means that we are halfway to being able to definitively provide a list of the insects, spiders, and other tiny creatures crawling and flying around our nation. DNA barcodes provide valuable new data for the effort, but it is the network of taxonomists, collection managers, and curators that will be needed to complete the task.