The alpine tundra biome covers 3% of the earth’s land. In British Columbia, tundra covers more than 12% of the land, making BC one of the most mountainous jurisdictions in the world and an important steward of alpine biodiversity. Much of BC’s alpine is remote. Large mountains, lakes and even entire mountain massifs have no names in settler languages. The ecology of BC’s forest biome has been relatively well studied; alpine biodiversity, however, is poorly documented, particularly with regard to species distributions. In 2002, botanists at the Royal BC Museum began to inventory BC’s alpine plants to address this gap in knowledge.

This research has three broad goals:

Initially, we focused on the vast, nearly roadless region north of Smithers. More than 450 kilometres separate the Stewart-Cassiar highway on the west and the Alaska highway to the east.Although some mining and logging roads penetrate this region, large areas are without road access.Our focus is now on southern BC, where relatively more collections have been made previously.But this region too contains large areas where access is difficult and few collections have been made.

To date we have made collections from more than 100 BC mountains. By 2023 we hope to have visited about 120.At each location, we camp for two to three days and make collections from the full range of habitats, from dry, windswept ridgetops to moist meadows. We have done fieldwork in Russia, the US and Yukon Territory to collect specimens and tissue for DNA analysis (see below). The Royal BC Museum now houses the largest and most comprehensive collection of alpine plant specimens in Canada. By the completion of the collecting phase in 2023, over 22,000 alpine plant specimens will have been added to the museum’s herbarium, increasing the scientific and educational value of this unique biodiversity baseline. Two PhD dissertations have utilized specimens that we collected for this project. We have reported our findings from 10 provincial parks and ecological reserves to the BC Ministry of Environment.

Widespread fieldwork is critical to document species distribution patterns that often tell stories about the history of the landscape. In the course of our fieldwork, we have discovered one species new to the province, established that some species previously thought to be rare are not so rare after all, and confirmed that some genuinely are rare. Some of our collections document species occurrences several hundred km from the nearest previous collection. These range extensions are not a consequence of climate change—they are due to the paucity of previous collections. Some species present in northern BC are absent from southern BC, but do occur even further south in the US. This has not been noted previously and reflects historical plant migrations at low elevations during colder climates, with subsequent localized extinctions in the intervening areas. At the request of researchers in Japan, Norway and the US, we have collected tissue samples used for DNA analysis in their research.

Analysis of plant migrations using DNA markers requires tissue samples from as much of a species range as possible. In addition to our own fieldwork in Russia and the US, botanists in other parts of Canada, the US and Europe have sent us samples in order to expand the geographical coverage of our study. Of the four species that we have analyzed to date, one indicates migration from the north and the south following the last ice age as well as strong evidence of persistence within BC during the last ice advance. Evidence from the other species indicates post–ice age migration into BC from the north and the south. 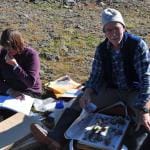 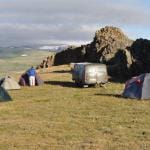 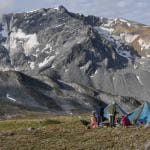 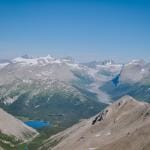 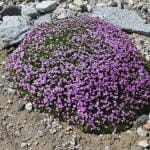 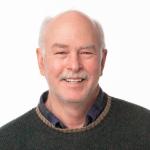