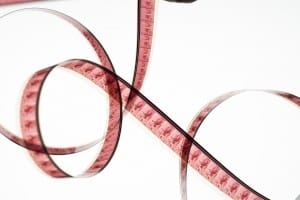 The ethnographic photography collection documents First Nations people, communities and ways of life over more than a century, from the 1850s when the first photographs were taken in British Columbia to the present. It includes approximately 65,000 images in a variety of historical and modern formats: cartes de visites, stereographs, cabinet cards, Victoria cards, snapshots, post cards, large format photographs, lantern slides and 35 mm slides. Field photographs made by photographers who accompanied tours of inspection by colonial and dominion officials—Frederick Dally in 1866, Richard Maynard in 1873–74, Oregon Hastings in 1879 and Edward Dossetter in 1881—and early studio and field photographs by commercial photographers in Victoria such as Carlo Gentile and Hannah Maynard form the basis of the early archival holdings. Documentary photographs made by anthropologists, scientists and artifact collectors including George M. Dawson, Harlan I. Smith, Franz Boas, Charles F. Newcombe, Samuel Barnett, Albert P. Niblack, George Emmons and Marius Barbeau are significant visual records of late 19th- and early 20th-century First Nations people and communities.

Edward Curtis’s project to record historical First Nations cultures of North America resulted in romanticized still images as well as a filmed drama, In the Land of the Head Hunters, made with George Hunt at Tsaxis (Fort Rupert) in 1914. Short documentary films such as those made by Harlan I. Smith throughout BC between 1923 and 1929 and by Franz Boas and George Hunt at Tsaxis in 1930 are more descriptive of everyday life and traditional technologies. These early photographs and films have been added to over the years to form the Royal BC Museum’s excellent collection of photography and film about First Nations of BC. The collection is available to researchers by appointment.

The Royal BC Museum also holds approximately 3,700 sound recordings made with First Nations people of vocabularies, stories, songs, oratory, traditions and histories in many Indigenous languages, along with approximately 200 video tapes of potlatches and other ceremonies made with and for First Nations individuals. Some of the sound recordings and video tapes can be accessed by appointment; those that document family histories and ceremonies can be accessed only with the permission of the rights holder of the hereditary privileges.

As we are preparing to move to the Collections and Research Building in Colwood, we have reduced capacity to accommodate loans/acquisitions at this time. We are assessing loans/acquisitions on a case-by-case basis. While we are no longer accepting unsolicited donations, exceptions may be made for items of cultural significance, repatriation of Indigenous collection items, and research purposes. Repository agreements are also exempt.

Currently we are receiving a large number of requests. We try our best to respond in a timely manner, but due to present volume a reply may take longer than usual. We are always pleased to receive your inquiries and apologize for any delays. Your patience is appreciated.