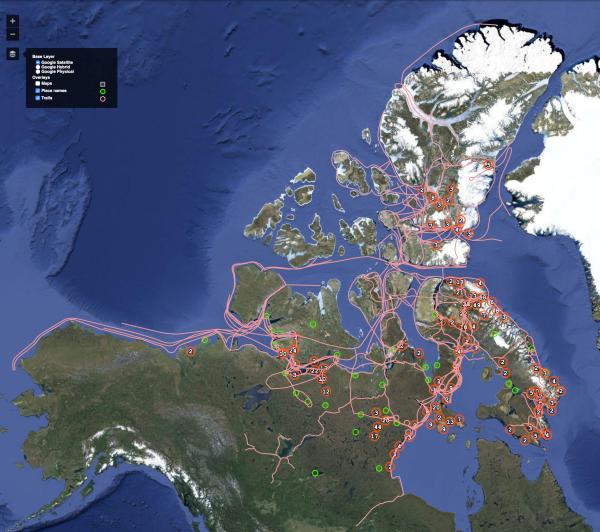 In 2000, the geographer Claudio Aporta was shown by Igloolik Elders, and with great precision, how traditional Inuit trails intersected and joined places where Inuit have lived and migrated. Consequently, Professor Aporta embarked on snowmobile and qamutiik with Inuit assistance to Naujaat, Nunavut, and recorded GPS locations along the way in places where he noticed tracks. He interviewed hunters to augment his findings, and published that Inuit Elders had the trails etched in their minds. Eventually, more regions of Nunavut were surveyed by Aporta and communities, recorded and published in projects including the Igliniit Project (International Polar Year 2007-2008) and the Pan Inuit Trails Atlas.